Lightbox is a script used to overlay images on the current page. Its implementation in a pure HTML is fairly easy if you follow the documentation (I used it long ago for a secondary school project a friend and I did back in 2010).

My idea was to see how this could be implemented in Jekyll using plug-ins or whatever.

I didn’t like the first because I always prefer to use upstream code, and the second one (although it worked on my local server) couldn’t be built on GitHub Pages. The reason is that, apparently, GitHub will not access any external plugins at all for security reasons, so I needed to find an alternative way of doing it.

A the end, looking at the official documentation, I decided to use define my own lightbox.html in the _includes folder.

This is my implementation of my lightbox.html includes:

It’s pretty much what one would do manually using HTML, but then we only need to call it in a post using a Liquid tag:

Having a better understanding of includes in Jekyll, I decided to also create a simple implementation of image.html to include static images in posts:

The use is pretty much the same using a Liquid tag:

I still want to play a bit more with galleries and some other stuff, but for now I’m happy with what I have. 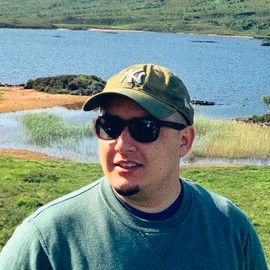